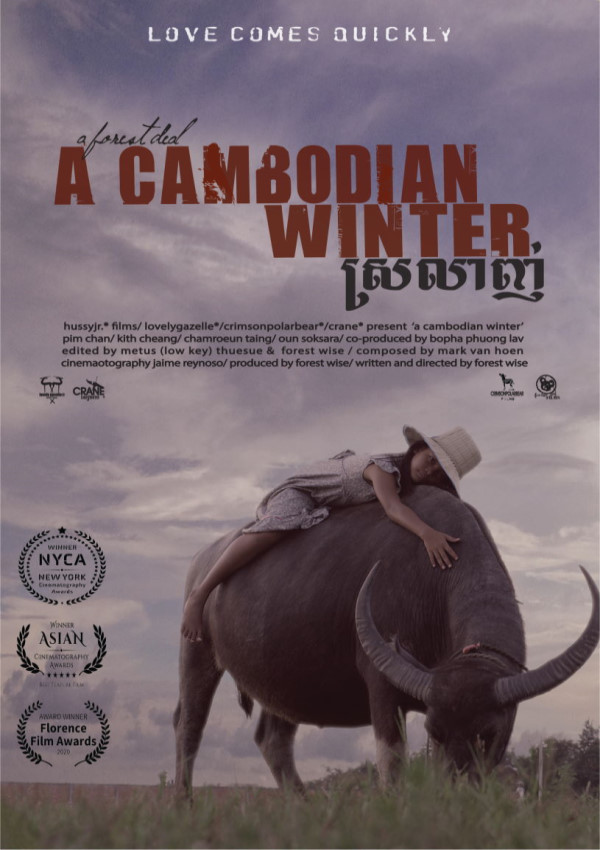 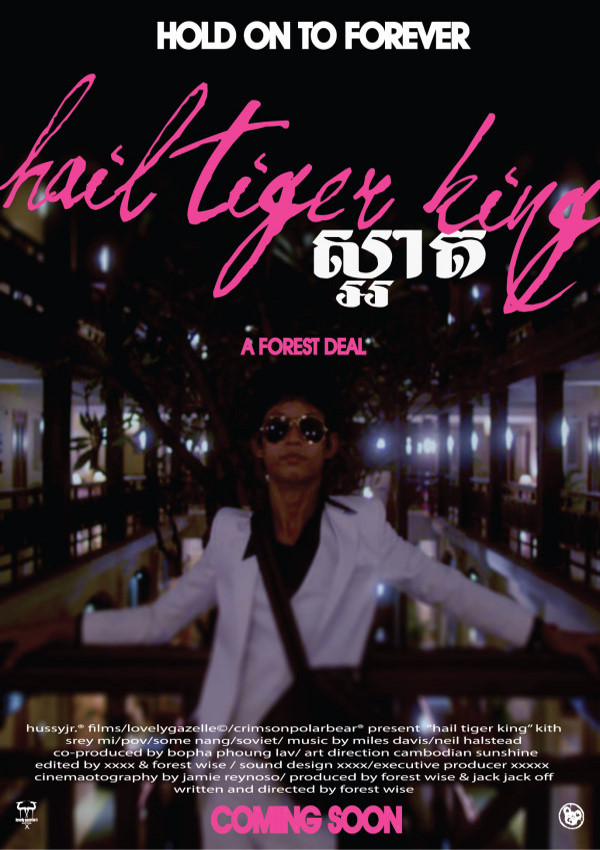 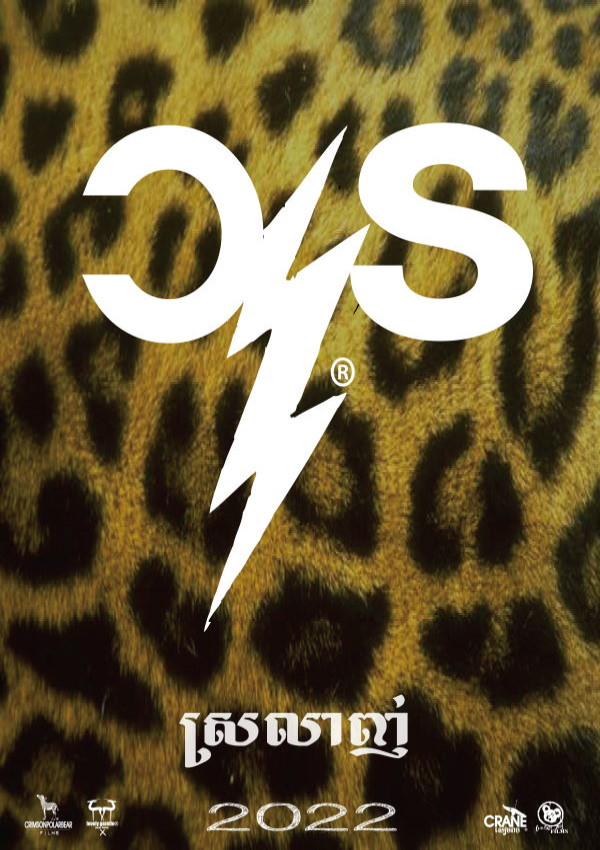 …the red liquid that circulates

in the arteries and veins of humans

and other vertebrate animals,

to and carbon dioxide

crimsonpolarbear provides you with the knowledge, experience and drive to engage in all aspects of media production.

First and foremost our focus is feature films, documentaries and television shows made with a purpose & soul.

Then there is the other stuff: music videos, commercials, multi media, branding, right on down the line, that serves another purpose.

From concept to finish, we pull from our resources to mold a final product that stands apart from the competition.

Our strive for excellence combined with cutting edge imagination has the crimsonpolarbear© run ahead of the celebration.

There is nothing in this world that hasn’t been done already. What makes a difference is the spark of individuality in the haystack of commonality.

To get the best, you have to work with the best. We want to associate ourselves with products/ companies/ artists that light up the scene with their fusion of artistic quality and commercial appeal.

We are the connecting point between where you are and where you want to be.

Nothing happens without blood, sweat and tears, and we here at Crimsonpolarbear© bleed ourselves dry, to make you and everybody involved look better than good.

Above and beyond creating great art, content, whatever we all call it, we will always help and empower people around us, and try and help make the world a better place.

On all our projects we will continue to hire and train young adults in developing countries, giving them a chance in this dog eat dog world of fame, fortune and capital power gain walking zombies. 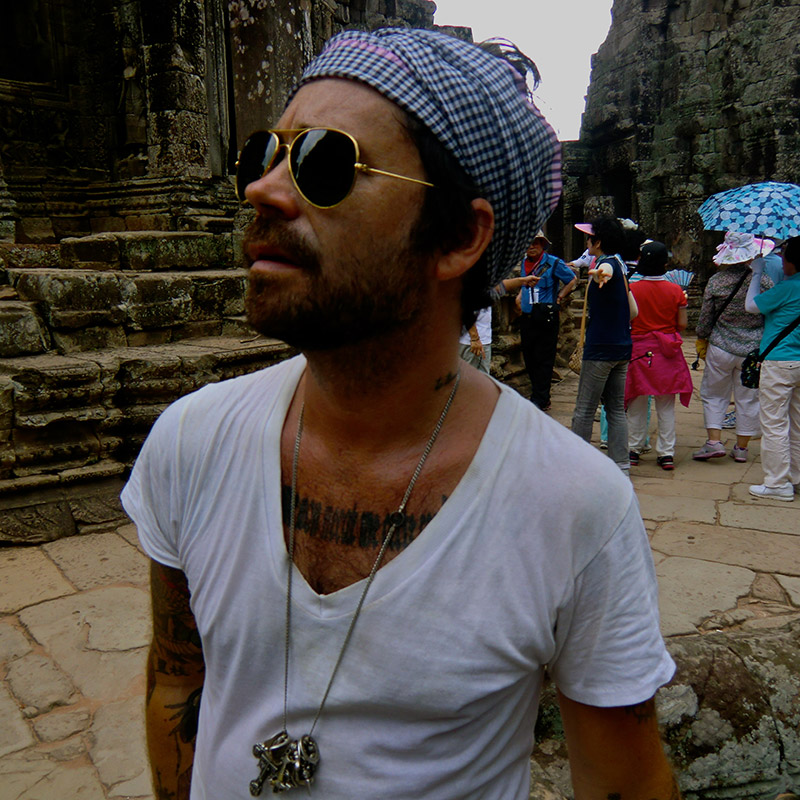 Forest finished his first feature film, “Life is Nice” featuring Steve Buscemi, at the tender age of 20 it did quite well considering, playing some festivals and opening in L.A. and Chicago. In his own words, it was his film school. After a great deal of fast living, he made “I’m the Elephant, U are the Mouse”, which paralleled his own life, and shot the hell out of this somewhat self-indulgent film adventure in Mexico, L.A. and Michigan. Forest and the film travelled to various film festivals in Europe. It was picked up for distribution in parts of Europe and Australia. A director’s final cut-redux is on the way, to share with a new generation of film enthusiasts.

Now living Siem Reap, Cambodia, Forest has been working with orphans and poor kids in Cambodia to try and help make their lives better. But he also decided to make three feature films, “A Cambodian Trilogy” — “A Cambodian Winter”, “Hail Tiger King” and “Cashmere Sabertooth”. The first two films were shot throughout Cambodia, capturing the natural beauty that only this country can offer but also incorporating the kids and other Cambodians he has bonded with, who helped to make the films, both in front of and behind the camera. The work both drew on their real lives and taught them a craft/trade for their future.

“A Cambodian Winter” is complete and ready for distribution. “Hail Tiger King” is in post-production, and the 3rd film in the trilogy, “Cashmere Sabertooth” is in active development. 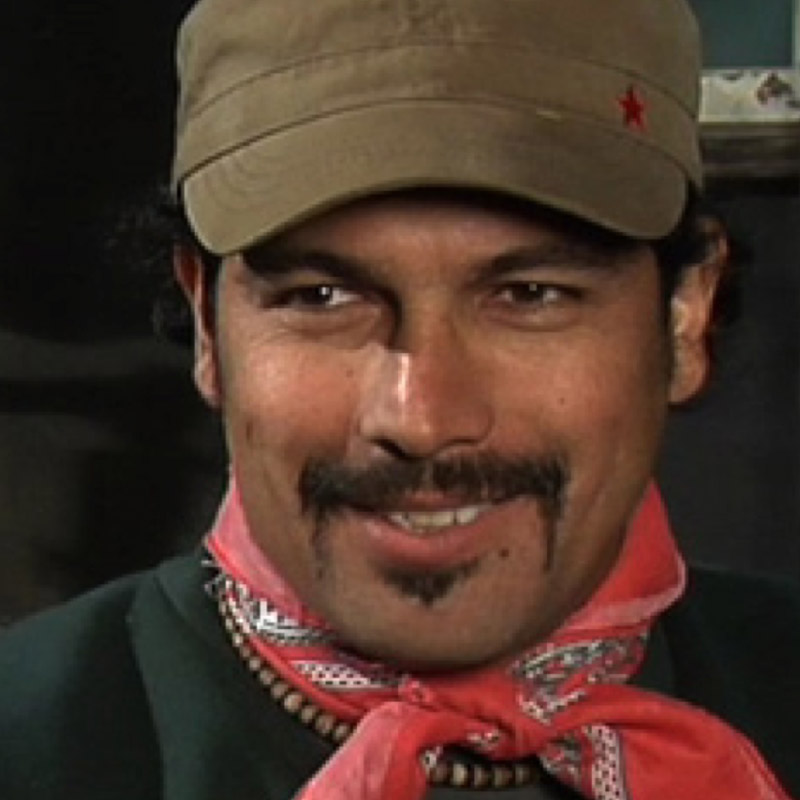 Born in Mexico City he started practicing still photography at age 16. His film set debut was as the camera trainee on the film Like Water for Chocolate. He finished his MFA in cinematography at the American Film Institute where he graduated with the short film Ex-Voto which won Best Opera Prima at the San Antonio CineFestival in 1997 and Best Artistic Composition at the Belgium Draak Film Festival in 1998.

Oh and he has also worked with Forest in Cambodia shooting both Features “a Cambodian winter” and “hail tiger king”. Forest and Jaime go back a long way collaborating on many things.

He lives in Mexico City, Florida, and works pretty much anywhere else. 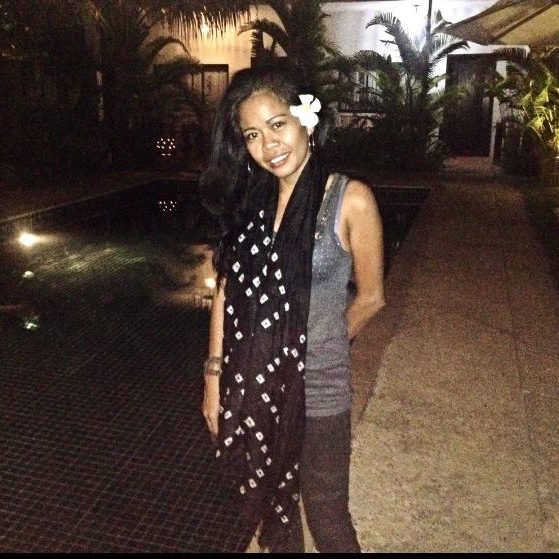 Born in refuge camp in Cambodia, Bopha has more stories than most storytellers have in their whole career. From the ashes the phoenix will rise.

Bopha has worked as a fixer around Cambodia for the last two and half years, on both feature films “a Cambodian winter’ and ‘hail tiger king’. International films shot all over Cambodia, as well as some short pieces. She is the a co-producer on both of the films.

As a fixer, she can facilitate all filming permissions, accommodations, transport requirements, temporary import/re-export of equipment and assist with the recruitment of local crew.

Add to that her excellent contacts with leading politicians and filmmakers in the region and she can keep your production on course. Good times for everyone. 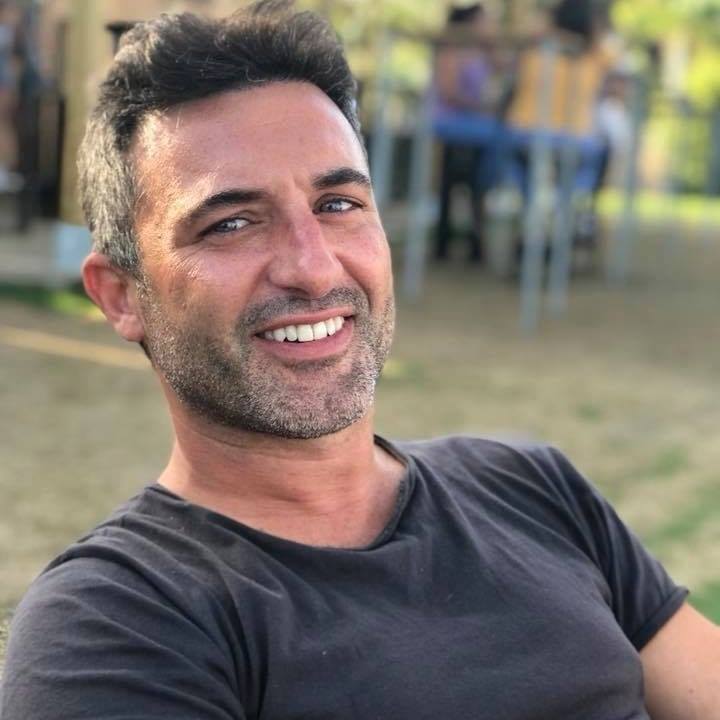 Alejandro Carrión was born in Cádiz (Spain), the cradle of great adventurers, patrons and merchants. The entrepreneurial spirit, curiosity and the desire to improve his environment have made him become an adventurous and self-taught person in many facets of his life. From a very young age, he felt the need to travel and discover the world. Through his many trips he has forged an open, communicative and supportive character. Qualities that have helped him to be able to start and innovate in his companies.

A pragmatic person who studied Architecture. At just 22 years old, he already had a large number of workers under his charge. There are numerous constructions carried out under his supervision. Among its main virtues are those of negotiation and the coordination of work teams.

Over the years he decided to reinvent himself and create his own esthetic clinic, Vital Hair Center dedicated to hair transplanting. In addition, he is collaborating with several projects in which he contributes his business knowledge, such as in this case, the film production in Crimson Polar Bear by the hand of his friend of adventures Forest Wise, the director of the famous cambodian trilogy.

The values that we can highlight about Alejandro are his commitment to social responsibility, caring for the environment and seeking job creation in the places that need it most. These three qualities are present in all the companies in which he decide to make an investment of time or money. 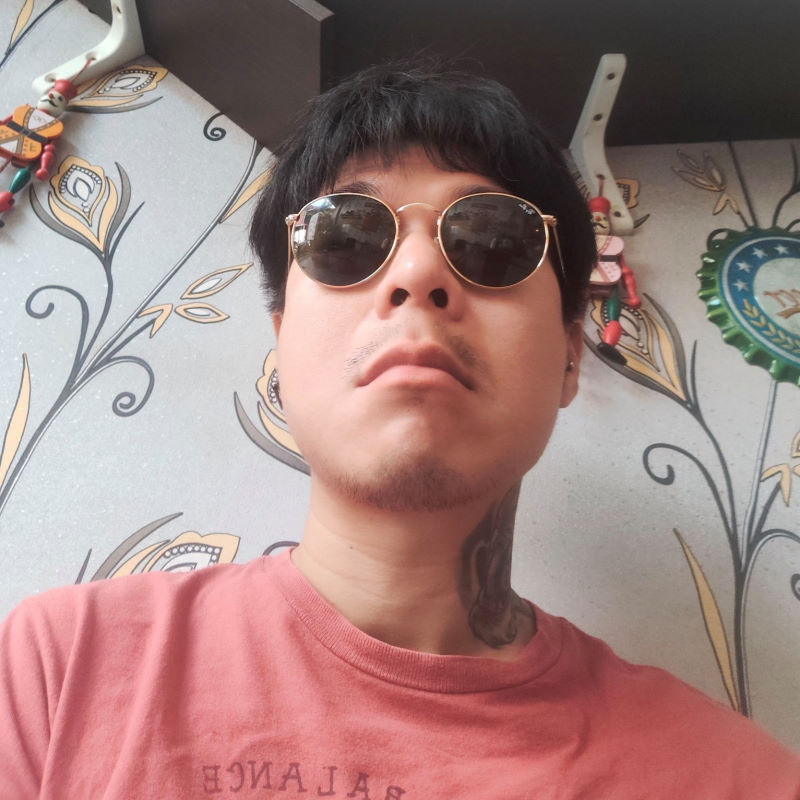 Biew is an editor from Thailand that worked on “A Cambodian Winter” and “Hail Tiger King”. He likes beer, and works on many big Thai films.

He’s our friend. He is good at what he does, he went to film school and directed his own shorts, video’s and TVC’s. 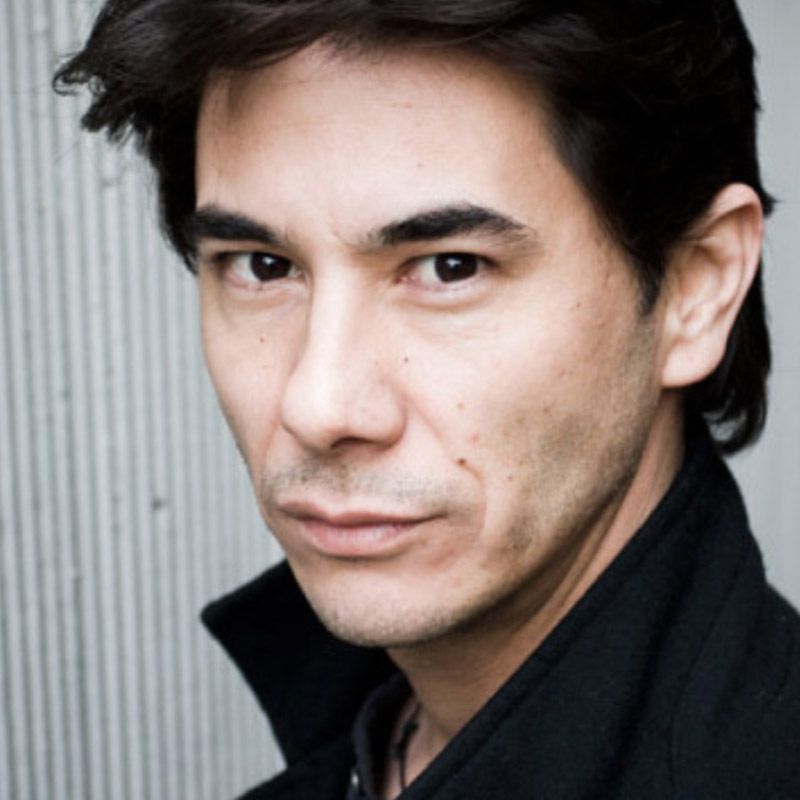 Born in Detroit, Michigan in 1972. He moved to Los Angeles, California in 1974 where his sister Terry Duval (his only sibling) was born.

James Duval has built a career on playing alienated, melancholic lost boys. Part of his ability to capture such alienation comes from the actor’s own real-life experiences: of French, Vietnamese, Native American and Irish descent.

Perhaps best known for his work as a black-clad muse for Gregg Araki, Totally F***ed Up, The Doom Generation, & Nowhere.

All these films met with a degree of success on the independent circuit, further establishing Duval as one of Araki’s most visible mouthpieces.

Aside from his work with Araki, Duval has also appeared in a number of independent films, including SLC Punk and Doug Liman’s Go (both 1999). He has also made the occasional foray into mainstream film, appearing in the 1996 summer blockbuster Independence Day.

And lets not forget the bunny in “Donnie Darko” a cult classic if there ever was one. 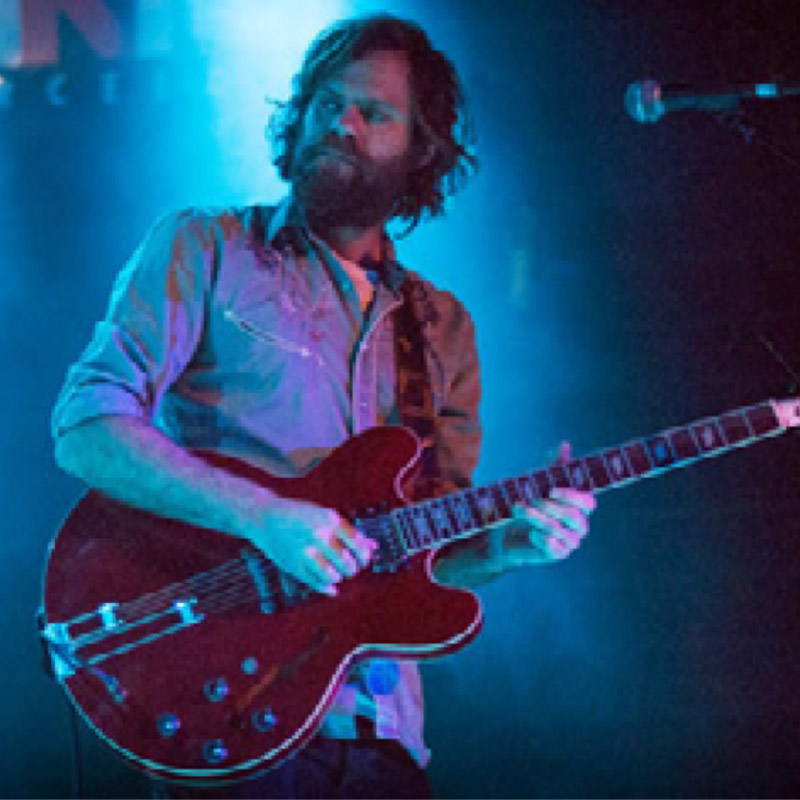 Neil is the leader of the bands Slowdive, and Mojave 3, as well as a worldwide respected solo artist. He has made over 10 albums with many record companies: (4AD, Brushfire records, Creation) . His band Slowdive, has had nothing short of a 2nd coming, as the band has been selling out shows all over the world, 20yrs later, after their break up.

Neil wrote original songs and scored his friend forest’s film “I’m the Elephant, U Are the Mouse”. As well as few other films along the way.

Neil will be one of the key musical composers/supervisors on “a cambodian winter” and “hail tiger king” It would seem. 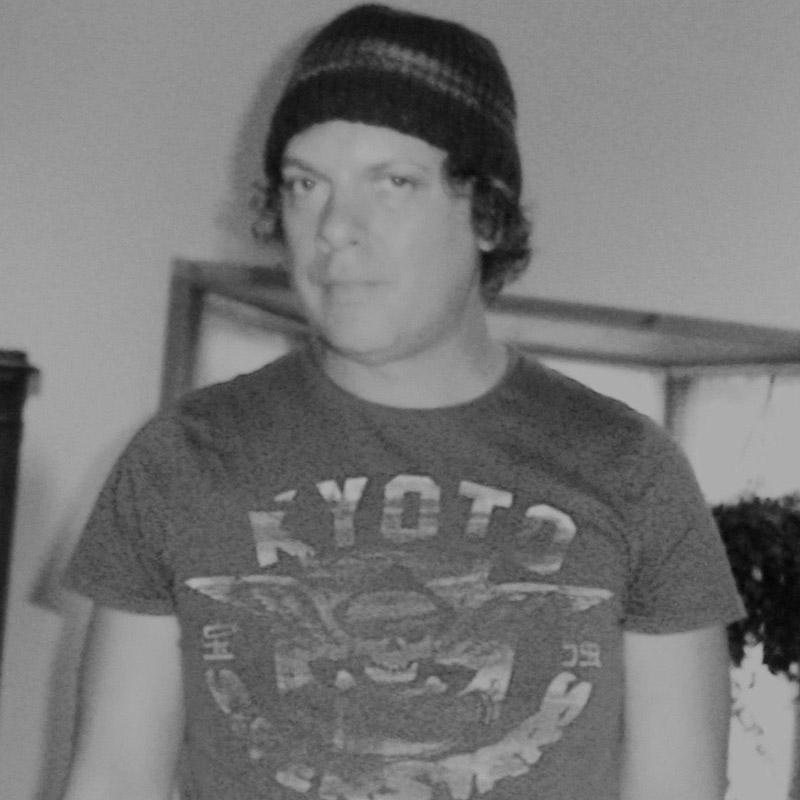 LA based UK born Mark Van Hoen has a sonic history that is not only impressive, but to those in the know – legendary. His own brand of melancholic electronic music has been revered by fans around the globe since his first record release in the early 90’s. Mark’s foray into the new electronic etched realms of drone and dance pop saw releases from Touch, Editions Mego, R&S, Slumberland, to Pomperipossa Records and still counting. With a wealth of notable collaborations and numerous side projects. Aurobindo: Involution was made with Seefeel’s Daren Seymour, a collaboration with Slowdive’s Neil Halstead and Nick Holton as Black Hearted Brother, work with Louis Sherman as Locust, Mike Harding as Drøne – to mention but a few – it’s hard to categorize his career with any brevity . Van Hoen’s previous (and ongoing) life as a post-production audio engineer is the base on which rests a font of flowing sonic creations and torrents of extraordinary sound.

Investors, angels, sponsors, entrepreneur’s, whatever you want to be.

If you love art, want to help people, invest in something that could be quiet profitable, and be part of something bigger than all of us, then do it. You can donate anytime, we will be happy.

If you want to talk serious business, we can do that as well.

We rely on kind people like you, so anything you do, donate, contribute, invest, helps us to make things happen in the world at large. Please donate & support.